People are a fascinating bunch of animals because the more of them you meet, the more you become convinced they’re all basically the same, give or take the odd genital or language, but the more you also become aware of how much they believe they’re not. There seems to be no end to the clever systems they use to divide themselves, or limits to the creative ways that they can split their oven-rising humanity pie into smaller and slimmer slices. It’s easy to waggle disappointed fingers at religions, nationalities, cultures, and political beliefs, of course, but they’re just the crust of the overly pie-based metaphor, and not the real filling of how people pretend to be different to each other. The common consensus, essentially, is that there are two kinds of people. I don’t mean men and women, obviously, who would all be the same anyway if you actually managed to keep them away from each other for long enough, and I definitely don’t mean children and adults, who are only different in height, hairiness and how much they’re pretending to like each other. No, the two kinds of human are normal people, who are easily identifiable as the people most like you, and weird people, who are, obviously, all completely silly. It’s a simple system, and the nicest part about it is you can start dividing people up straight away without having to obtain any of that pesky information stuff. A normal person in America, anyway, does not need to learn where Montenegro is to decide that they’re never going there, which direction a Muslim is praying if he’s not blocking the drive, or what an anarchist’s political beliefs are as long as they are far enough away from the living room that they can’t stamp on the cat or steal all the nice bowls. Weird people are easy to find because they believe, look like, and get up to all kinds of bonkers. Some of them dance around on one too many axis, some live in bizarre places that are definitely far too something to live in, others do peculiar and unnecessary sex stuff involving the bum, and some have strange hobbies that make as much sense as stapling your shopping list to the middle of your back and going to a disco with lots of tinned soup in your hat. Weird people’s eccentricities can be as vast and varied as they are obviously outlandish, but the point is they’re not normal. 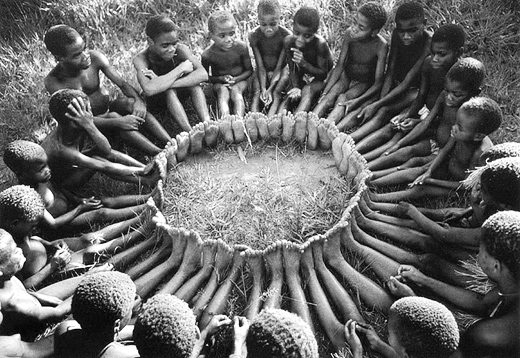 Normal people, on the other hand, are even easier to find because they’re the people like you. Nice, normal, lovely you. You know how normal you are? Well, they’re like that too. They’re a much smaller group of people, admittedly, but they are a lot more obvious because they are nearer and, well, they’re not so bloody weird. In fact, the key trick to finding these normal people, if you ever lose them, is to listen out for which group of people is calling a different group of people ‘weird.’ Give them a bit of cheese, and you’re in. That’s the current system, anyway, and people seem to like it because it maximises the amount of time they can spend sitting down, inflating themselves with wine, and hating people they will never, ever meet unless they accidentally leave The Pub for thousands of miles in the opposite direction of their television. On a personal level, it’s simple, easy and familiar, and it takes all that looky-thinky-choosey nonsense out of decisions about who to like and dislike. On an institutional level, it works well for democratic governments because once politicians have figured out which group has the most members, or which people are most like the other people and least like the people not like the other people, they know exactly who to promise a future lovely biscuit to whilst they pepper-spray everyone else in their actual faces. 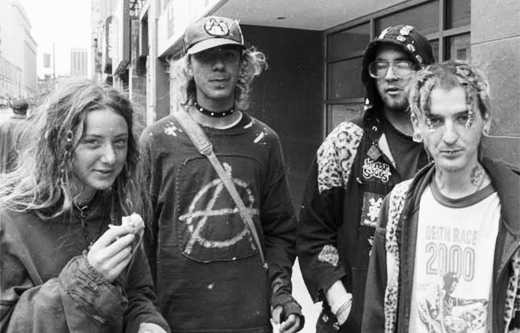 I’m afraid it’s the pepper-spray for you chaps

And it also works well for companies and advertisers too, because they can keep selling people stuff that keeps them normal, like all the other normal people, and that business is safe in the future because they can even change what ‘normal’ is once-a-year by adding an extra gigabyte of Angry Birds to your bra, or insisting that Vicious Slut Red is the New Denim, and Bland Old Monogamous Red is for frigid trolls in wicker sandals who still think it’s 1991. In fact, it works at almost every level of society, from countries to classes, from regions to religions, and from friendships to families. As long as the little folks know who the normal people are, they know who they are working with, and who they are working against. It’s perfect. Well, almost perfect. To be honest, it does still have one single teeny-tiny pesky Sarkozy-sized glitch that prevents the whole thing from running quite as smoothly as it could. While you might think it would be as simple as Shakira for people to split themselves into the two groups provided, the problem is thateverybody thinks they are normal. The Hindus and the hipsters, the punks and the priests, the socialists and the scouts, the chavs and the Chinese, the goths and the gays, the Eskimos and the emos, the drivers and the druggies, even the fucking Australians. Basically, because everyone decided to jump aboard the Good Ship Normal, it meant that all the people who weren’t like them, which ended up being most of them, were automatically left floating somewhere in the big wide Sea of Weird, but all those same ‘weird’ people thought they were normal too, and that the other ‘normal’ people were the weird ones. Bloody humans, nothing’s ever simple is it? Either way, what could have been a beautiful and efficient engine has struggled on for years, like Eddie Murphy’s integrity or a car full of crisps, spluttering occasionally with the same small, common and continual inefficiencies. Hatred, discrimination, lynching, wars, etc. You know, minor niggles. 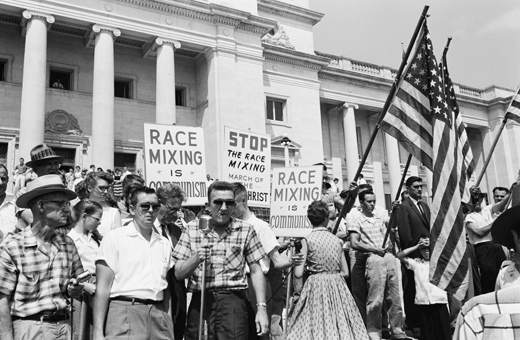 There is a very simple upgrade available, though, and that’s incredibly lucky because clearly the human race can’t do anything more complicated than carry an egg without murdering the Jews.

Firstly, to ease the transition, we can stick with the ‘normal’ category if we want – that part of the plan was working out alright anyway until we all piled on it like Dan Brown at a shit sentence buffet – but we have to change the second word from weird to different. That’s all. Weird to different. The problem before was that everyone was certain they were normal, because they were surrounded by other people who were like them, and because nobody ever introduced ‘different’ as a comfortable alternative, that meant they thought everyone who wasn’t like them was weird, even though they were normal too, just in a different way. It forced people, especially their awful fucking leaders, to invent all these incredible groups that only ever existed in their minds, arranged on concepts as diverse as music tastes, wealth, colour, piercings, philosophy, politics, hairstyle, diet, outfits, traditions, magic beliefs, accents, absorbency, puddingness, pigeonability, whatever. We forgot quickly that we were one thing, except in a few different shapes and colours. And it meant a lot of problems because there was no room for anything that wasn’t normal, but that was equally true for both sides, so conflicts were as inevitable as the intestinal collapse you’d suffer if you had to drink a pint of liquid éclair every time Alan Sugar was unnecessarily pleased with himself. Every day, everywhere, everyone gets up in the morning with roughly all of the same objectives- food, safety, shelter, love, health, happiness, avoiding wasps and Mormons – yet somehow manage to get in each other’s way at almost every available opportunity like too many pricks in too small a pickle jar. Humans cause each other almost constant unnecessary trouble and suffering for the simple reason that they don’t understand each other, and they don’t try to. 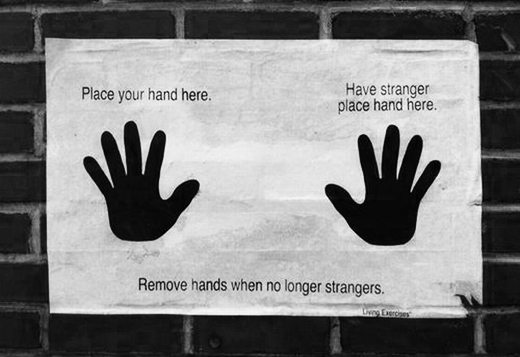 The new system will gradually put an end to all that, and it’s incredibly easy to introduce. It’s slow but it’s simple. It just involves one person at a time realising that the word ‘weird’ has always meant ‘different,’ and that ‘weird’ only ever existed because we were so convinced that we were normal. We created all the sides and teams and classes ever, like a silly, magic spider conjuring more legs so it could kick itself in extra ways, and that is why it shouldn’t sound like naive idealism to say that we can get rid of them all again, if we want, with just a simple and consistent shift in our thinking; with one big, little realisation. Nobody is weird and nobody is normal. We are all just different. OK. Good. Fine. Now can someone please tell Lady Gaga before she breaks her neck trying to wear an entire town as a hat?

Ideology: Brexit, Trump and the Future of Humanity