How to be an Adult: Having an Interview

Make an impression, get a profession!

Assuming your CV was not randomly and indifferently thrown into a bin because some smug recruiter “doesn’t want to work with unlucky people,” there is a chance that it could be deemed good enough to get you an interview. Congratulations! The beginning of the beginning of the end of your life is now over. In simpler years, interviews just consisted of employers proof-testing some of the outrageous claims on your CV, and then asking you questions to ascertain whether you actually had any skills, knowledge, or experience to do the job you were applying for. Now we live in The Future, however, computers have made most jobs so incredibly easy that the humble process of interviewing candidates has morphed into a much weirder, slipperier kind of popularity contest.

A bit like an election, but not as ridiculous

Now, interviewers will simply ask you cryptic, hypothetical and esoteric questions to test your resilience to office bullshit. They don’t care quite so much about the answers, but how confidently you can handle professional levels of complete nonsense. Incidentally, the best way to display the kind of confidence employers are looking for is to go into every interview assuming you’ve already got the job, lost the job, and are merely returning to the office after a lottery win to gloat. With our new robot overlords in place, here’s a list of the kind of things you are likely to be asked in a modern interview, and how best to respond to them:

“Why do you want this job?”

This question demonstrates that the interviewer would like to initiate a role-play game where two people talk to each other, both pretending not to understand the concepts of money, food, and rent. For the duration of your answer, you must deny all knowledge of the monetary system you were born into, and instead offer up a sprawling, grandiose response about how your application to become a Cuisine Preparation and Redistribution Specialist at Mr Porky’s House of Pork-lumps is part of your soul’s wider journey to know itself. 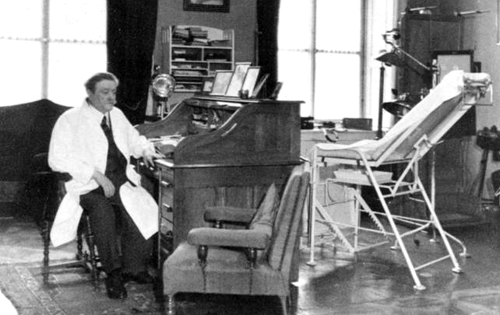 “I want this job to unleash my Inner Goddess.”

“What would you say is your biggest weakness?”

The general consensus is that this is really a question within a question, and that the thinly disguised real question is this: “what is your biggest strength… which you may thinly disguise as your biggest weakness for the purpose of this question?” Responses are supposed to sound like this, of course: “I work too hard,” or, “sometimes I’m so goal-oriented that I make personal sacrifices to achieve my targets,” or, “I’m such a perfectionist that I sometimes forget the Universe will one day end, collapsing all time and matter into a singular nothingness, and that, in hindsight, the few pixels that were outside the printable margins of the company newsletter were less important than my marriage.” Anyway, the point is that the these kinds of responses have been used so many times that they have now become famous clichés. Everybody knows the trick. Interviewers know that everybody knows the trick, too, so what they’re really asking is, “ok, so, you… yes, you… are you funny?” Here are some examples of witty comebacks you could try:

“What would you say is your biggest weakness?” “Answering questions with questions?”

“What would you say is your biggest weakness?” “I can’t finish–”

“What would you say is y–” “INTERRUPTING.”

“Where do you see yourself in five years time?”

Do not be alarmed by this question. While it is possible that your interviewer is storing your answers in order to cross-reference them in five years time and decide whether you should be entered into a secret government program to test those with telepathic abilities, it’s probably more likely that they just want to know if you’ll stay with the company after you’ve checked your e-mail and eaten a handful of biscuits.

“It says here that you’re a woman. You’re not going to have kids, are you?”

Don’t seem too paranoid. They’re watching you, after all. Just say something about a hot tub, then shuffle out of the room on your hands.

Clearly, this question is not inquiring of your real-life preferences, because you’re applying for a job, not a relationship. No, what this question is really testing is your creativity, your ingenuity, your ability to think on your feet. In fact, the interviewer here is presenting you an opportunity – a get-out-of-context free card – to tell them whatever you want. So you should prepare at least one example anecdote which proves your staggering employability beforehand, then simply weave it seamlessly into your answer. For example:

“Great question! Well, I would have to say chocolate. Once, I was on a team-building weekend, and my team had to complete an obstacle course. At the very beginning, Jenny from Sales fell over and sprained her ankle, but I used forward-thinking and initiative to find her a stick, then used motivational skills and team leadership to shout at her until she hobbled to the finish, showing great perseverance and goal-focussed management in the face of her weeping for an ambulance. For this, I won Monkey World’s Tree Swinger of the Day Award. That’s why my favourite Pokemon is Charizard.” 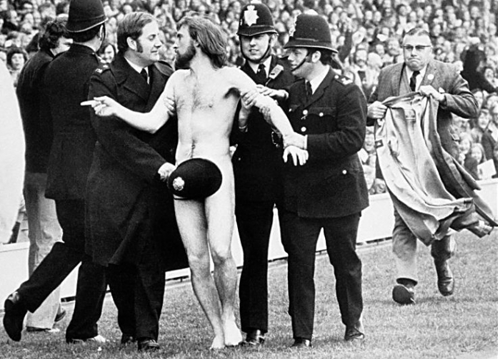 “One arrest for indecent exposure but don’t worry, it was only the good kind.”

“Have you got any questions?”

Obviously, the real answer is no. However, the interviewer here is giving you an opportunity to show your interest about the company you’re applying for. To capitalise on this, you should prepare a few well-thought out questions. This is so your brain is already prepared to ask about company training policies or career development opportunities in advance, which should prevent it getting so swept up in the sudden panic that it nervously blurts out some random brain-fart like, “how many people in the office have knee problems?”, or, “what is the most dangerous thing you’re allowed to do in the kitchen?” When questioning your interviewer, try to find the right balance between curiosity and over-eagerness. Asking no questions is generally discouraged, as it might suggest a lack of interest in the company. Asking too many questions, however, can be equally bad, especially if they drag the interview into the weekend, and are made up of inquiries like, “What is love?” and, “If you liquidised a duck, would it be more or less than a pint?” If you can’t think of any good questions, then just ask how long until they plan to replace you with a robot, and whether you’ll be able to stay on in a ‘robot polishing’ capacity. 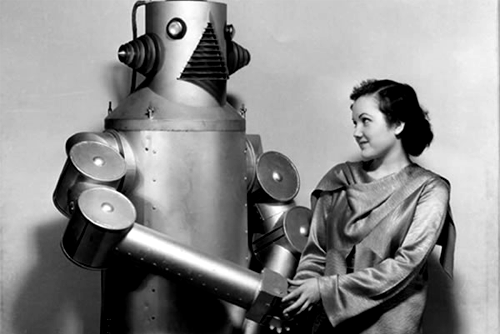 Office Romance in the Future