What are you, and why?

Hello. I’m Paul. I’m a comedy writer and illustrator from (almost) London, England. I like to travel and have fun and generally not do all that much because I have a rubbish procrastinatory brain. To this end, my life-long pilgrimage to avoid a ‘proper’ job has led me to what might be the Holy Mecca of Delayed Responsibility-Seekers: Berlin. I am mostly poor, and will probably remain so forever because the internet killed books. That’s fine – I chose to write jokes for a living and should accept the consequences. Money is for plumbers.

But where did you come from? 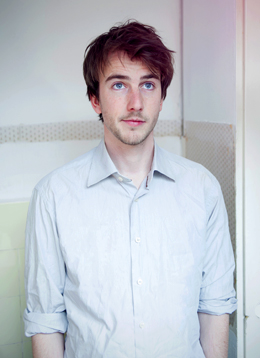 Despite coming from Earth (or so it is claimed), I often like to write about culture, ideas and people from an alien perspective, given how silly I think our species would look from the moon. Humans: we’re funny.

The oft-abandoned blog bolted on to this site is where I try to mix big ideas with little jokes. The motto of it is: if you’re going to open your mind… try not to let your brains fall out.

Can you be funny for money?

If you want to be friends, except with money involved, then please feel free to contact me. I am a qualified screenwriter (I know, what a world) and a Der Spiegel bestselling author of comedy books. I have also written magazine features, articles for print and digital media, script reports, short films, online games, website copy and posters (‘how do you write a poster?’) My professional(ish) background is in film, art and story development.

For traditionally published books, I am represented by Landwehr & Cie. My German titles are published by Goldmann Random House, C.H. Beck, Langenscheidt, Ullstein and Donkey.